#2B  Those, who don’t hit a long tee shot should aim at the series of mounds on the left to avoid having to carry all but a small part of the lake. The second shot should also be directed well left to keep away from the two large mangos hanging over the right side of the fairway. Stronger players should also avoid the temptation of cut off some distanceby playing to the right. A drive aimed near the fairway bunker on the left will leave an open, downhill shot to the green. With any good drive in the fairway, one should go for the green on the second shot since the penalty for missing is not severe. 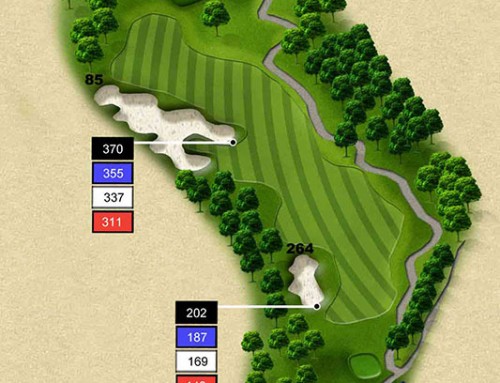 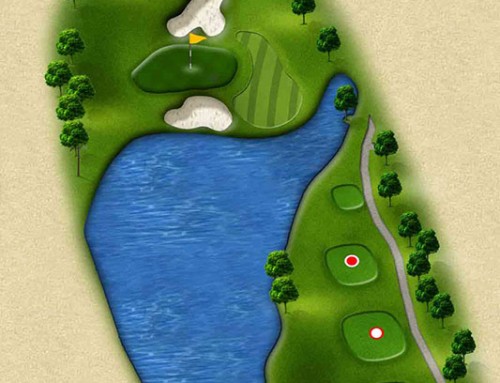 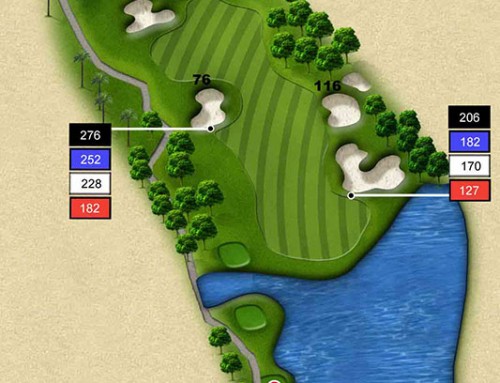 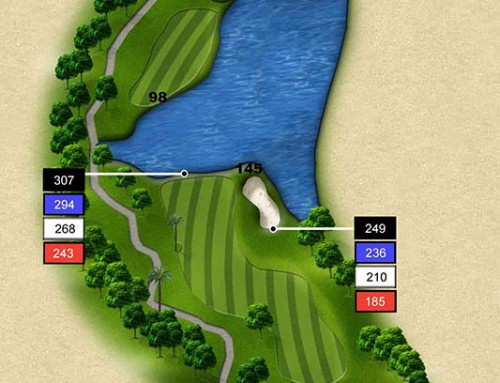 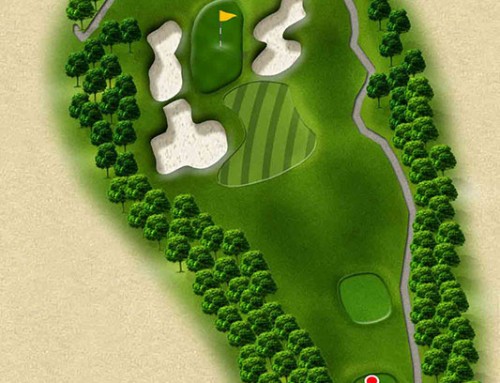